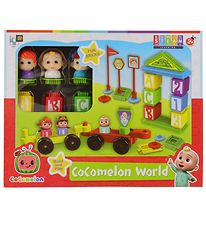 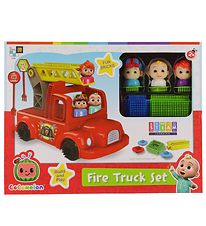 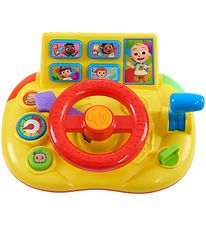 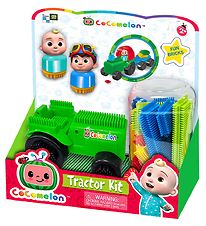 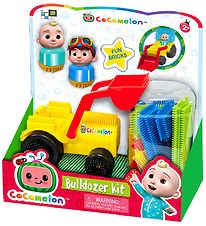 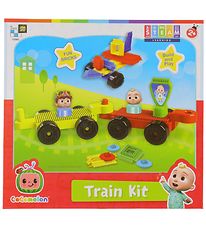 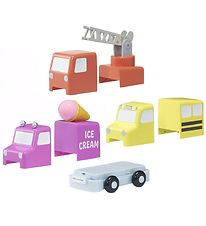 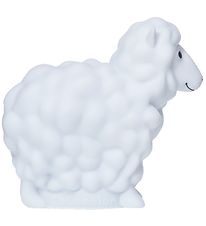 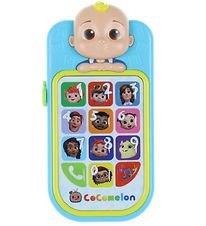 CoComelon is an extremely popular and successful children's series from YouTube Kids and Netflix. The series includes babies, adults and animal who interact with each other during everyday life. The series includes lots of songs and nursery rhymes, and the lyrics can be seen as subtitles at the bottom of the screen so kids can easily sing along and learn the songs.

In the series Cocomelon, JJ and his siblings go on fun fairy tale that kids can relate to. They go to day care, play, explore and learn a lot about the world around them.

The series in 3D animation with beautiful songs teaches kids about activities that they can recognize from their own everyday life.

In addition to helping young kids learn letters, numbers, animal sounds, colours and more, the videos also include interactive lessons for parents to learn and play with their child while watching the series together.

Due to the large popularity of the series, you can also buy activity toy toys based on the characters from CoComelon in many different shapes and sizes. All the toys are interactive with sounds, and require kids to understand how to manipulate them in order for them to work. This makes them very educational and kids will love that they can recognize the sounds and characters from the CoComelon series.

CoComelon is very popular among kids

CoComelon is a hugely popular children's show among kids worldwide. In May 2016, their YouTube channel reached 1 million subscribers, and in the following two years, their channel grew by almost 400, 000 new subscribers per month.

In 2019, it turned out that Cocomelon was no.. 2 in terms of new YouTube subscribers, ending the year with 67.4 million subscribers. Their song??Yes Yes Vegetables Song?? has day been viewed more than 2.5 billion times, and it has thus currently ranked as the 36th most viewed video on the website.