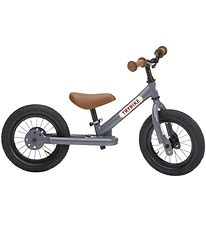 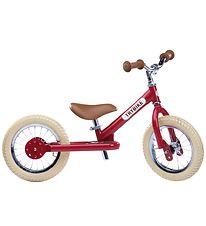 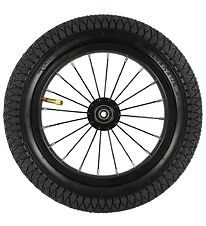 Beautiful balance bikes for the youngest kids from TryBike

Pim and Alex are two brothers who are crazy about bikes. They come from the Netherlands where almost everyone owns at least one bike. Over the past 10 years, they have already imported lots of fun toys including balance bikes.

In 2015, they started to develop their very own balance bike that would be durable, robust and of course also stylish. The result was TryBike which is the bike that they wished they had as a kid.

They spent 1.5 years developing the bike and 34 prototypes later they were satisfied. The bikes are designed and tested in the Netherlands.

Unfortunately, however, it was too expensive to produce the bicycles in Europe, but they found a factory that produces the bikes with respect for the environment and people in China.

Pim and Alex are trying to produce TryBike in the most sustainable way possible. They do this by designing a product that lasts and by choosing the right material. They use durable wood, recycled cardboard, and safe materials of the highest quality.

Buy a new balance bike from TryBike from us

We hope you find a nice new scooter from TryBike in our shop. We have many nice models and other accessories for the scooters from TryBike.