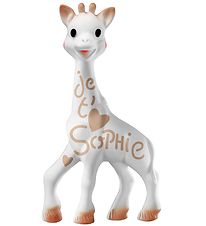 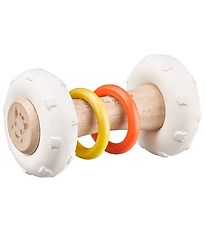 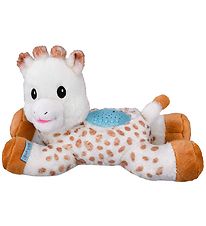 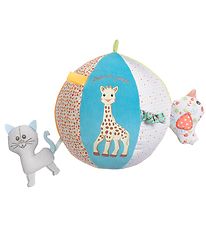 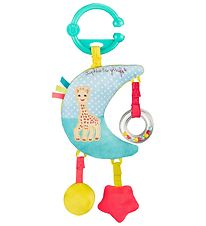 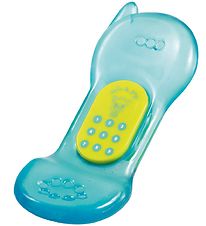 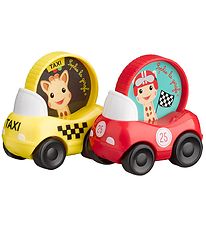 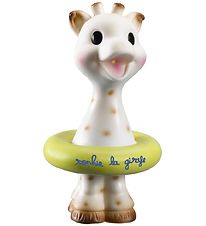 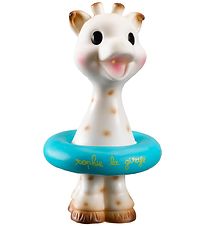 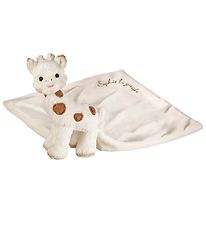 For more than 55 years, the French Sophie la Girafe has delighted kids with its cute appearance and many features, stimulating their senses from the age of three months. She has won countless awards all over the world, and major fashion houses such as Valentino, Dior and Gucci have designed unique collections along with her.

What started out as just a single product specifically for babies has since evolved into an entire brand with many products for both babies and kids. We carry a large selection of items here at Kids-world, and are proud to include the original Sophie Giraffe.

The story behind Sophie la Girafe

Sophie la Girafe was born on May 25, 1961, which was in fact, on St. Sophie’s Day. At that time, toy animals were only produced in the form of ordinary domestic animals, so the French Mr. Rampeau made it a point to create a more exotic rubber animal for babies.

Sophie la Girafe was a tremendous hit with parents from the very beginning as she was extremely good at stimulating babies' senses and soothing their irritated gums.

After her creation, generation after generation has continued to embrace her, and today she is highly loved among millions of young kids worldwide. Sophie la Giraffe is still traditionally produced in exactly the same manner she was in 1961 in Rumilly, Haute-Savoie, France, and many to this day are envious of the highly guarded secret formula.

Sophie la Giraf consists of 100% natural rubber from the Hevea brasiliensis, or rubber tree, and is embellished with all natural food grade paint. She is a natural small wonder and completely unique toy that your baby will love.