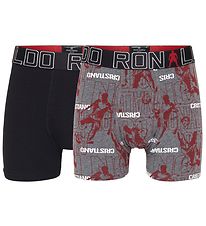 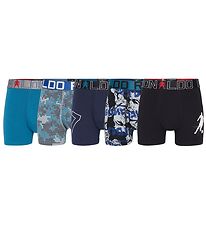 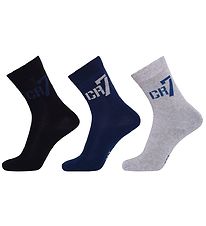 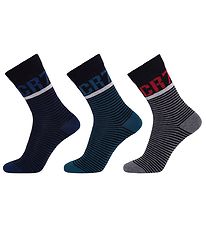 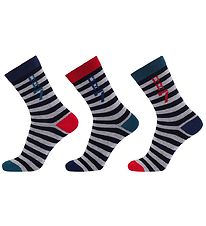 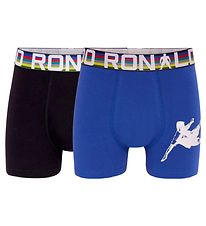 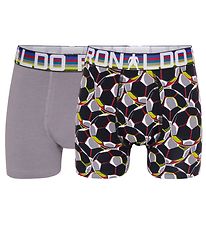 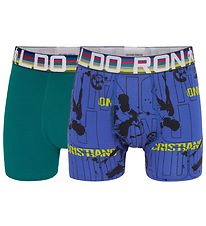 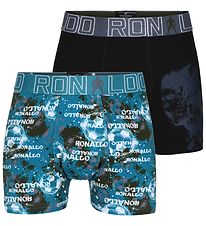 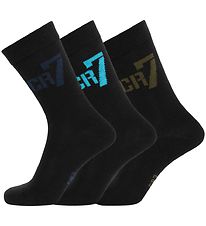 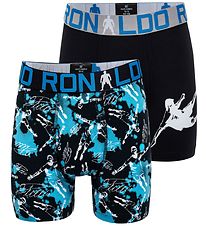 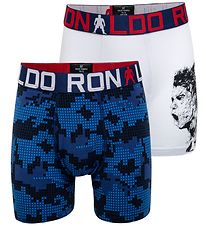 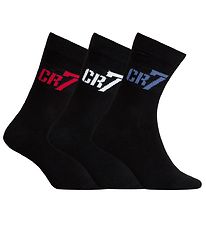 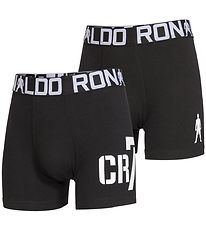 Large selection of boxers and socks from Cristiano Ronaldo

At Kids-World, you will find a large selection of boxers and socks from the football player Cristiano Ronaldo. The clothes are designed for the most dedicated fans. Ronaldo boxers for boys consist of classic boxers with shorter and longer legs models.

Boxers and socks from footballer Cristiano Ronaldo are designed for the most dedicated fans. Ronaldo boxers for boys consist of a classic collection that is colourful and cool with many beautiful patterns.

CR7 is produced by Danish JBS

CR7 is produced by Danish JBS, and therefore, you are guaranteed high quality and a perfect fit. The underwear is made of cotton and elastane, quality materials that make them comfortable to wear, and of course, Ronaldo boxers are comfortable to run and play football in!

Kids-world carries a huge selection of Cristiano Ronaldo CR7 2-pack boxers, so you can get many cool underpants for boys. CR7 socks are available in 3-packs and in the same colourful combinations as the Ronaldo boxers, so you can find exactly the pairs your boy thinks are cool. CR7 underwear and socks are modern, international fashions that have a wide appeal to boys and men all over the world.

Behind CR7, you will find the world-famous football player Cristano Ronaldo and fashion designer Richard Chai, who has worked with companies such as Armani Exchange, Donna Karan and Marc Jacobs. Award-winning designer Richard Chai has for many years been part of the most influential fashion companies and has a keen eye for the design and construction of clothing.

With Cristiano Ronaldo's knowledge of the need for good freedom of movement for sports and Richard Chai's knowledge of construction, the CR7 is designed with the very best comfort and fit. As mentioned, it is JBS, the Danish textile company, that produces the popular underwear for boys and men.

The company has existed since 1939 and is known for producing goods of the highest quality, which has made them a strong partner for Cristiano Ronaldo. Cristiano Ronaldo, Richard Chai and JBS have in collaboration made underwear and socks for boys that are both beautiful and colorful as well as functional and comfortable.

Products from Cristiano Ronaldo are extremely popular, so it’s always a good idea to keep an eye on announcements regarding when new collections will be launched. Despite great demand, we have occasional markdowns of many of the items enabling you to purchase Cristiano Ronaldo at reduced prices.

If you are interested in purchasing products from Cristiano Ronaldo at discounted prices, it’s always important to keep an eye on our sales category.