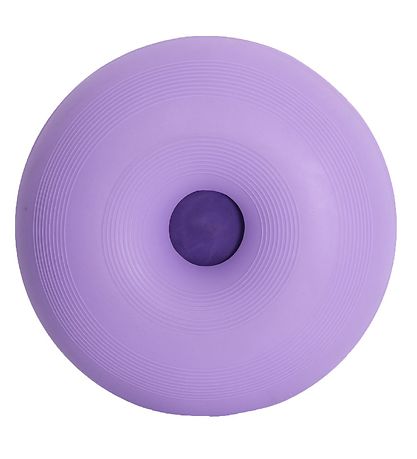 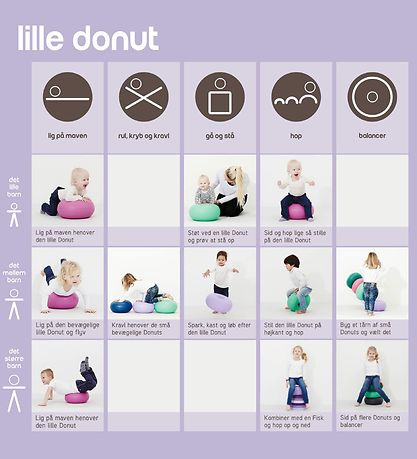 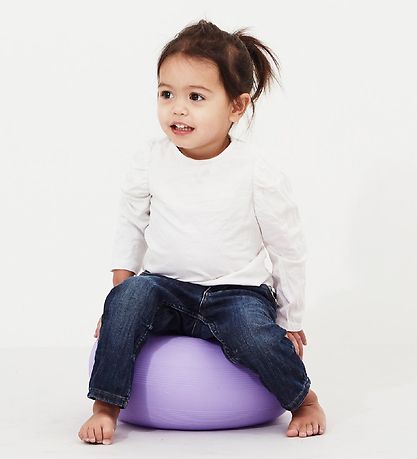 Fun bObles doughnut in a small size, in light purple.

The doughnut is a large, inflatable ball with a flat shape and with a small hole in the middle, where there is a dark purple plug made of EVA foam. The doughnut can be used in many ways by both the big and the small child. You can lie over it on your stomach, jump out of it, jump on your butt or lie over it while watching television. In that way, the back muscles are strengthened.

If you push the doughnut down towards the floor, a vacuum arises so that it gets stuck. Then you have a fun and stable pillow that serves as a starting point for lots of tumble games.

The BObles doughnut invites children of all ages to play and have fun, and it can be combined with other of bObles' cute and fun foam figures in beautiful colours so that the child gets even more opportunities to play while developing their motor skills. For example, it fits perfectly with the doughnut swing, so that both children and adults can have a swing both inside or outside. It can also be vacuum-pressed onto the bObles' turtle, so you get a fun rocking chair.

An air pump with nozzle and a split for the air hole is included.

bOble's tumble furniture is Danish-designed furniture that is designed to develop children's motor skills and motivate them to move. The furniture is created for many different functions at the same time as they are beautiful to look at - both in the children's room and in the living room. All tumbler furniture is made of solid EVA foam without dangerous toxins and phthalates.

Made with: elastic rubber and EVA foam