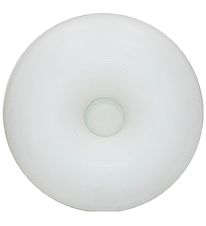 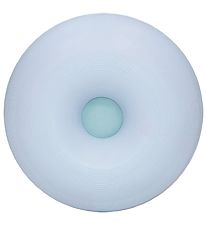 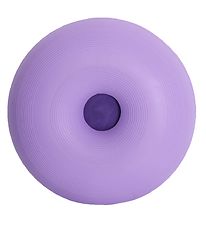 The bObles donut is a large and inflatable ball that, with its flat shape and little depression in the middle, is super good for many hours of activity for both baby and child. Only the children's fantasy sets limits on how many different games the donut can be used for.

The children can, for example, lie over the donut on their stomach, jump out of it, jump on their buttocks on it. If you want to watch cartoons or sit at the coffee table, bObles donut also be used as a fun and different chair.

If the donut is pressed down against the floor, it is possible to form a vacuum so that it sticks to the floor. Then the bObles donut be used as a stable cushion, which can form the foundation for many different types of tumble play.

Are you looking for more furniture from bObles? Find everything frombObles here.

Ideal for combining with others bObles products

Bubbled donut invites children of all ages to play and fun, and it can be combined with others bObles cute and fun foam shapes in beautiful colours, so the child sheep even more opportunities for play that develops motor skills.

The donut, for example, fits perfectly with the donut swing, so that both children and adults can have a swing ride. It can also be vacuum pressed onto the bObles turtle, so you sheep a fun rocking chair.

bObles Donut is perfect for play and tumble

BObles has done a lot to make bObles Donuts fun for the kids to play with. It should preferably be such that children naturally sheep want to move by playing with the furniture.