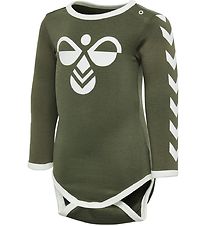 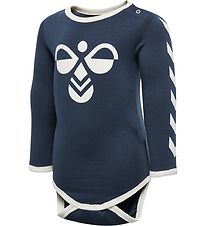 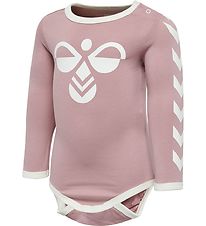 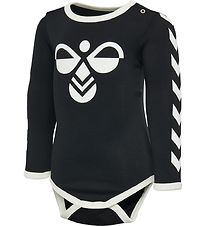 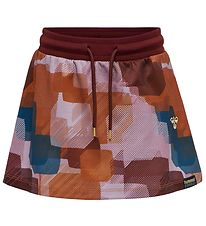 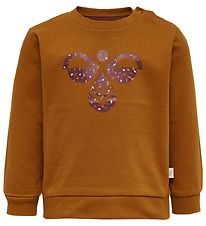 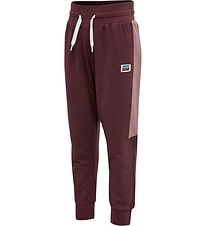 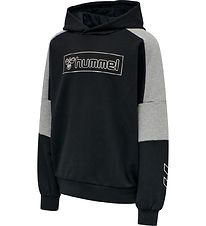 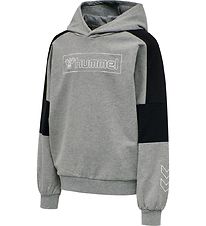 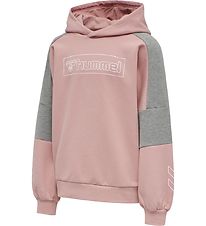 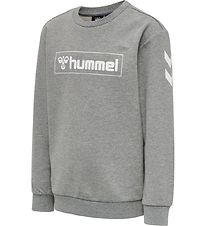 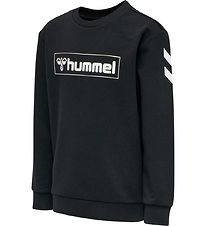 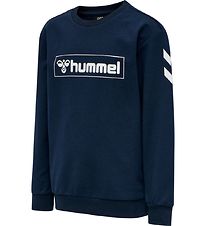 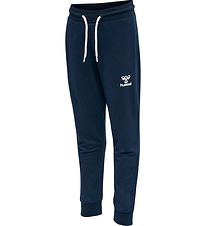 At Kids-world.com you can find the classic, but also the latest clothes from Hummel. Hummel's classic collection has a stylish design, as everyone knows it, with their cool logo and angles.

Whereas their new smart clothes are more trendy and are available in many different colours and patterns, with and without print.

Practical and smart from Hummel for baby and kids

Hummel emphasizes durable materials and with a focus on functionality, as it is important that both babies and children are law to have fun, play and movement. Therefore, the quality is super complete and top, and the design will not be compromised, as you will still find smart styles.

When was Hummel Founded?

Hummel was founded in 1923, in a German village called Eppendorf by the brothers Michael and Albrech Ludwig Mesmer. They produced sporting goods and were groundbreaking for their time as they were some of the first to use rubber soles in their shoe.

In 1964, Hummel was a sponsor for the first time. It was for a German handball team, Grün Weiss Dankersen. After this sponsorship, Hummel grew, and several sponsorship agreements followed.

In 1969, Hummel launched its first collection of sportswear for kids and adults, which became a large success because it was marketed through the many sponsorship deals that Hummel had made.

Later that year, a breakthrough happened for Hummel, who have followed them until day, namely their classic bumblebee logo. Over time, however, the bumble bee has undergone small changes so that it has ended up having the stylish and cool look it has day.

Hummel has been through many changes of ownership, but in 1980 became a 100% danish owned brand. It was here that Jørgen Vodsgaard and his partner bought the Hummel brand.

After Hummel became Danish-owned, it grew on the Danish market and gradually became one of the largest sports brands in Denmark. They sent out two collections each year, which consisted of everything from sportswear and footwear to casual wear and bag.

After a fantastic period for Hummel, where they had been one supplier for the Danish football national team and had had good sponsorship agreements with Real Madrid, Hummel began to feel decline.

In 1999, Christian Stadil acquired Hummel Hummel, and with much work and large commitment reversed Hummel's downturn. Among other things, he created large publicity by sending the clothes out to various celebrities who used the clothes and marketed the Hummel brand in that way.

Christian Stadil's hard work has made Hummel classic sportswear and beautiful fashion clothing what we all know and love day.

Shorts from Hummel are practical for the boys and girls who like to play outside.

Hummel shorts that are suitable for your children

It is important that the Hummel shorts you buy also fit your child's needs. The Shorts in our range incl. Hummel shorts can almost all be adjusted in size, either with an adjustable hair tie or with a drawstring.

Take a look at our wonderful selection of Hummel shorts and shorts from the others good others brands, and we hope that you will find a pair that fits into your girl or boy's wardrobe.

Cardigans from i.a. Hummel has for a long time had a prominent place in both children's and adults' wardrobes. With a Hummel cardigan, you can give the look a little extra when it comes to today's outfit. A cardigan from Hummel fits well with the ever-changing Danish weather, where it can be difficult to know what the day will be like.

Cardigans from Hummel for kids are available in different designs and colours, so that you always have the opportunity to find some comfortable and smart clothes to wear.

Hummel for baby and kids is extremely popular, and therefore it is always a good thing to keep an eye on when the news from the new collections of Hummel will be launched.

Despite the popularity, it still happens that we put down some of the smart styles - both baby clothes and children's clothes, so that you can buy Hummel for your baby or your child at a reduced price.

If you thus have a desire to buy the products from Hummel at a discount, it is important to keep an eye on our sales category.

When you receive our newsletter, you will be notified about campaigns, new products
and get inspiration for your personal collection of clothes.