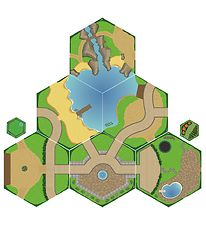 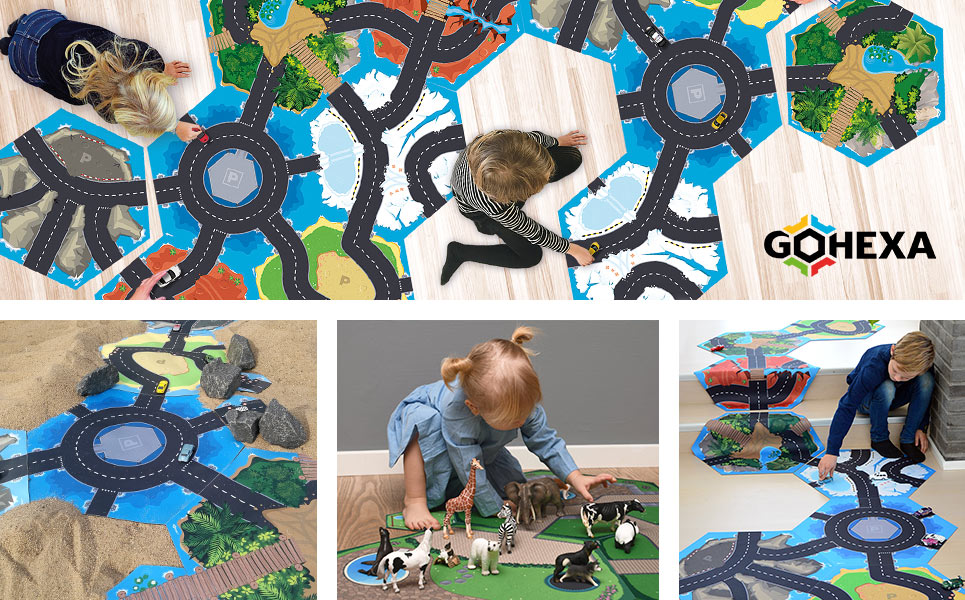 Wonderful playmats for kids from GoHexa

GoHexa produces hexagonal playmats that, when assembled, unfold the entire play universe. On them, kids can play with their cars, bricks and all other fun toys they own! Every time your little one wants to play on the mat, you can assemble it in a new way so it never gets boring! When playing on the GoHexa playmats, it is only your kid's imagination that sets limits.

The playmats from GoHexa are non-slip, so they can be used on both floors and table surfaces. The playmats fit perfectly with LEGO Friends and Playmobil.

GoHexa has 3 different series of playmats for kids: Village, Roads and Planets, so it's just about choosing and putting them together in many different ways.

The playmats from GoHexa are extremely easy to store, as they can be easily rolled up. They are also popular in institutions such as after-school care and kindergartens.

GoHexa is a danish brand, where playmats were invented back in 2013, by the graphic designer Kim Hougaard and his two kids. At the very beginning, it was only a hobby project, but already in 2017, the real production took place which resulted in the establishment of the GoHexa company in 2018.

From the beginning, the mission was to create a universe that could put together all the kids' toys in one place, providing a new experience by stimulating kids' imagination and creativity.

We offer a wonderful selection of toy cars by brands such as Gohexa and many others.

We provide a lot of toy car brands - including Gohexa. Toy cars from Gohexa are a good choice.

Please make use of the filter system when searching for specific Gohexa toy car and many other products for your boy or girl. You will find basically all the things you need for kids at Kids-world.

If you decide to buy your toddler's new Gohexa toy car at Kids-world we will be pretty happy and guarantee that you will not regret it.

We provide fine Gohexa toy cars. That's why, we hope you'll find precisely what you are searching for.