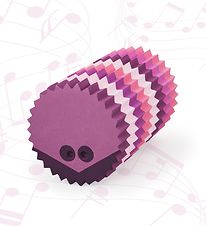 Here at Kids-world.com you can buy the popular bObles Hedgehog.

bObles Hedgehog is perfect for play and tumble

BObles has done a lot to make the bObles Hedgehogs fun for the kids to play with. It should preferably be such that children naturally sheep want to move by playing with the furniture.

bObles The hedgehog is Danish designed